Dr. Pradeep Kumar Sinha is the Vice Chancellor & Director of International Institute of Information Technology (IIIT), Naya Raipur. Earlier he was with the Centre for Development of Advanced Computing (C-DAC), where he had led National Programs in areas of High Performance Computing (HPC), Grid Computing, and Health Informatics. Dr. Sinha is an educationist, researcher, scientist, inventor, and internationally acclaimed author of computer textbooks, with more than twenty-five years of professional experience. He has significantly contributed to the advancement of Science & Technology and Technical Education. His technical contributions include national projects, HPC systems and facilities, healthcare products and solutions, international patents, a number of technical papers and six books in the area of Computer Science & Engineering. Books authored by him are published and marketed by several national and international publishers. Indian, American, and other Universities across the globe cite his books as textbooks for their courses. On public demand, books authored by him have been translated in local languages like Japanese and Hindi.
Dr. Sinha is a Fellow of IEEE, Fellow of Computer Society of India (CSI) and ACM Distinguished Engineer. He is also the recipient of several other awards and recognitions, including the “2011 VASVIK Research Award” and the “2013 Intel Pathfinder Award”. He has also served as the Chairman of the Executive Council of IEEE Pune Section for the year

Vincenzo Piuri has received his Ph.D. in computer engineering at Politecnico di Milano, Italy (1989). He has been Associate Professor at Politecnico di Milano, Italy and Visiting Professor at the University of Texas at Austin and at George Mason University, USA. He is Full Professor in computer engineering at the Università degli Studi di Milano, Italy (since 2000). His main research interests are: signal and image processing, biometrics, machine learning, pattern analysis and recognition, theory and industrial applications of neural networks, intelligent measurement systems, industrial applications, fault tolerance, digital processing architectures, embedded systems, and arithmetic architectures. Original results have been published in more than 400 papers in international journals, proceedings of international conferences, books, and book chapters.
He is Fellow of the IEEE, Distinguished Scientist of ACM, and Senior Member of INNS. He has been IEEE Past Vice President for Technical Activities (2016), IEEE Vice President for Technical Activities (2015), IEEE Director, President of the IEEE Computational Intelligence Society, Vice President for Education of the IEEE Biometrics Council, Vice President for Publications of the IEEE Instrumentation and Measurement Society and the IEEE Systems Council, and Vice President for Membership of the IEEE Computational Intelligence Society. He is Editor-in-Chief of the IEEE Systems Journal (2013-17), and has been Associate Editor of the IEEE Transactions on Neural Networks and the IEEE Transactions on Instrumentation and Measurement. He received the IEEE Instrumentation and Measurement Society Technical Award (2002) for the contributions to the advancement of theory and practice of computational intelligence in measurement systems and industrial applications. He is Honorary Professor at the Obuda University, Budapest, Hungary (since 2014), Guangdong University of Petrochemical Technology, China (since 2014), Muroran Institute of Technology, Japan (since 2016). 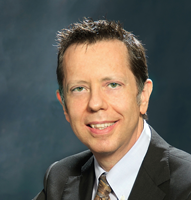